Camila obtained the bachelor degree in Chemistry at the State University of Londrina (UEL, 2004), PhD in Inorganic Chemistry at the State University of Campinas (UNICAMP, 2008), post-doctoral studies in Brazil at the State University of Campinas (UNICAMP, 2009-2012) and also in Switzerland at the Swiss Federal Institute of Technology Zürich (ETH, 2012-2013). She has experience in Chemistry, acting on the following topics: synthesis of porous hybrid materials based on functional silicas, semiconductor oxides nanostructures, metallic nanoparticles and graphene derived materials, functionalization of surfaces and application of these systems in developing adsorbents, electrochemical sensors and heterogeneous catalysts. Currently she is an assistant professor at Mackenzie Presbyterian University and researcher at the Graphene and Nanomaterials Research Center (MackGraphe).

Cecília C. C. Silva is graduated in Chemistry from Universidade Estadual de Maringá (UEM) in 2008 and her master (2011) and PhD (2015) degree in Chemistry at the Universidade Estadual de Campinas (Unicamp).  During her PhD studies, she participated of an internship program in the Department of Materials Science and Engineering at Rutgers University, USA 2013-2014. Since January of 2016, she is assistant professor and research member at MackGraphe - Mackenzie Presbyterian University. Cecilia has expertise in synthesis, functionalization and characterization of nanomaterials; electrochemical devices and microfabrication techniques. The research interests and goals of Cecilia are in the employment of 2D materials in the development of flexible and portable devices with high performance in energy generation, conversion and storage. 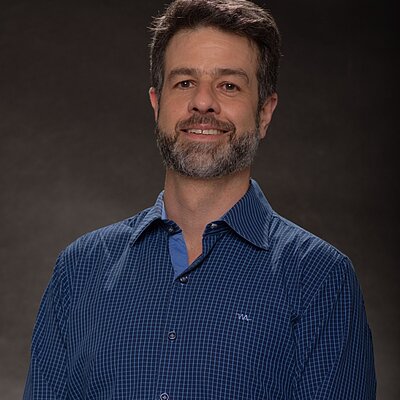 Christiano J. S. de Matos was born in Rio de Janeiro on 28 October, 1975. He holds bachelor and master degrees in Physics issued by Pontifícia Universidade Católica do Rio de Janeiro – PUC-Rio – (1998 and 1999) and a PhD issued by Imperial College London/University of London (2004). He was a visiting researcher at ACREO, Stockholm (1999), and a post-doctoral fellow in the Physics Department at Universidade Federal de Pernambuco – UFPE (2004/2005). He is currently a Professor at Universidade Presbiteriana Mackenzie, where he is one of the leaders of the Photonics Laboratory within MackGraphe and holds active international collaborations with world-class researchers.
Christiano’s current work focuses on the linear and nonlinear optical characterization and application of 2D materials and on nanophotonics for the development of sensors and photonic devices. His main contributions include some of the first Raman and nonlinear optical studies of black phosphorus, as well as a number of demonstrations in the area of photonics such as a random laser in an optical fiber, a chirped pulse amplification system using a hollow-core photonic bandgap fiber, and a supercontinuum source using a water-core photonic crystal fiber. He has, so far, published over 70 articles in peer-reviewed journals, presented over 140 papers in conferences, and filed 3 patents. Christiano holds a CNPq productivity grant (level 1D), has an h-factor = 29 and over 2400 citations (according to Google Scholar) and was a New Focus/Bookham Student Award winner (Optical Society of America) in 2004. 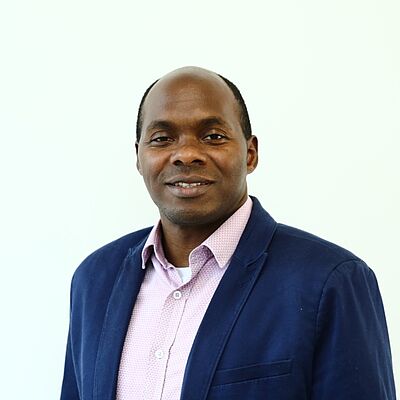 Received in 1986 the B.S. degree in Physics from University of São Paulo (USP) and Sc.D. degree also in Physics from University of Campinas (Unicamp) in 1992. From 1992 to 1995, he was post-doc at the advanced photonics department at AT&T Bell Laboratories, Holmdel-NJ, involved in projects as "High speed soliton optical switching", "Optoelectrical quantum well device and optical image processing" and "Femtosecond wavelength division multiplexing".

In 1996, he joined as professor the Physics Institute of University of Brasilia, Brasilia, DF, where he founded the Photonics Group. Since 2003 he is professor of Physics and Electrical Engineering at University of Mackenzie. His main interests are Graphene photonics and ultrafast sources for optical communications. 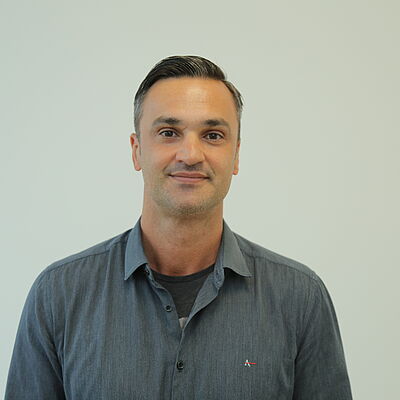 Prof. Guilhermino obtained the degree of Material Engineer in 1996 and MSc degree in 1998, both of them awarded by Federal University of Paraíba, Brazil. He obtained his PhD in Chemistry at Federal University of Pernambuco (Brazil) in 2001. The subjects of the MSc and PhD degrees talked about photodegradation and photostabilization of the different polymers. He had made two post-docs, both at University of São Paulo, Brazil. One of them on Chemistry Institute (2002 – 2005) and the main area was Hydrogels, and the other one was about Biodegradable blends and polymeric composites at Polytechnic School (2005-2008). Since May of 2008 he is a professor at Presbyterian Mackenzie University. He spent one year (2013) at National University of Singapore – NUS as a Visiting Professor and worked with methodologies of graphene transfer. Current topics covered in their research are related to the understanding of the interactions between polymers and 2D materials (graphene, MoS2, hBN, phosphorene, etc.), whether for improving transfer processes or polymer nanocomposites.

Ribeiro is graduated in CHEMISTRY at Federal University of Minas Gerais (UFMG), master-degree in Materials Science and PhD at in Physics-Chemistry at UFMG. He has experience in the study of nanostructured surfaces, production of nanocomposites based on polymeric systems with technological implications applied in different sectors such as naval, oil and aerospace. He completed his postdoctoral studies at the Nanomaterials and Nanoengineering laboratory at Rice University (Texas-USA) coordinated by Professor P.M. Ajayan. Ribeiro also has investigated the production and characterization of polymer composites containing hybrid nanoparticles, such as molybdenum disulfide nanoparticles, hexagonal boron nitride, graphene, among others. Currently, Ribeiro is professor at Universidade Presbiterana Mackenzie. 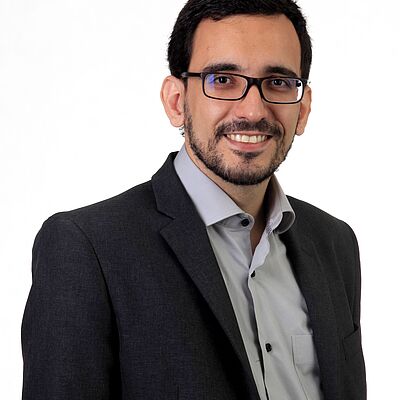 Leandro Seixas Rocha was born in 1985, in João Pessoa, Paraíba, Brazil. Obtained Bachelor degree in Physics at Federal University of Paraíba (UFPB) in 2007; Master degree in Physics at Federal University of ABC (UFABC) in 2009; and PhD in Physics  at University of São Paulo (USP) in 2014, mentored by Prof. Adalberto Fazzio. His PhD thesis, defended in 2014, was honorary mention in José Leite Lopes prize for best PhD thesis in Physics of Brazilian Physical Society (SBF). Between 2012 and 2013, was PhD visiting student at Rensselaer Polytechnic Institute (RPI), in Troy, NY, mentored by Prof. Shengbai Zhang. Supervised by Prof. Antônio Hélio de Castro Neto, was Research Fellow at Graphene Research Centre (GRC), from National University of Singapore (NUS) — later renamed as Centre for Advanced 2D Materials (CA2DM). Since 2007 is working with atomistic models and simulation of materials, in particular with topological insulators and 2D materials. He is currently Assistant Professor at Graphene and Nanomaterials Research Center (MackGraphe), working with in the field of atomistic simulations of system of interest of MackGraphe.

Marcos Massi received his M.Sc. in plasma physics from the Technological Institute of Aeronautics, ITA, São José dos Campos, Brazil, in 1994, for experimental studies about inductively coupled radio frequency discharges. He received his Ph.D. degree from the University of São Paulo, Brazil, in 1999, for studies about deposition and etching processes of dielectric films, using plasma techniques.  He is assistant professor at Mackenzie Presbyterian University and his R&D activities include applications of plasma processes in: microelectronics, nanomaterials, medicine, ontological, aeronautics, energy and sensors. Dr. Massi also works with production and characterization of carbon materials. 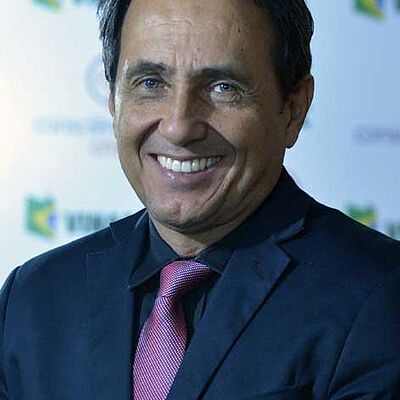 He has completed his course, (1982), master (1984) and Ph.D. (1988) degrees in Chemistry from the University of Campinas and did his post-doctorate work at the Aston Laboratory of Mass Spectrometry at Purdue University, USA (1989-1991). He coordinated the ThoMSon Mass Spectrometry Laboratory at Th University of Campinas for 25 years . Today he is a professor for the School of Engeeniering, and coordinator of the MackMass Laboratory for Mass Spectrometry at the Graphene Research Center at Mackenzie Presbyterian University . Since 2002 he has been a member of the Brazilian Academy of Science and in 2005 he was appointed Commander of the National Order of Scientific Merit. In 2002 he received the Academic Award Zeferino Vaz (2002), in 2008 the Scopus-Capes Award for excellence in publications, and in 2016 the Thomson Medal (2016) from the International Society of Mass Spectrometry (IMSF), the highest honor given to spectrometrists. In 2020 he was included in the "Power List - Around the World in 60 scientists" by the  "The Analytical Scientist" and among the 50 most influential Brazilian Scientists by Stanford University. He was the president for two terms (2009-2014) of the International Society for Mass Spectrometry (IMSF), and currently he is  the president of the Brazilian Society of Mass Spectrometry (BrMASS) and the Brazilian Society of Intelligent Design (TDI BRASIL). He is also editor of the Journal of Mass Spectrometry (JMS-Willey). He has already supervised about 200 masters, doctoral students and post-docs, today spread throughout Brazil and the world as researchers and professionals, and published about 1200 scientific articles that received about 40,000 citations in various scientific areas, such as Chemistry, Physics, Biochemistry, Biology, Forensic Sciences, Pharmaceuticals, Food, Veterinary, Medical and Materials. He is an advocate and popularizer of the Theory of Intelligent Design and author of the books - We were Planned: The Greatest Scientific Discovery of All Time (Mackenzie-2018), Foresight: How the Chemistry of Life Reveals Planning and Purpose (Mackenzie 2020) and " The Scientific Debate of the Century: Darwin for Evolution versus Michael Behe ​​for Intelligent Design (KovalPress 2021). 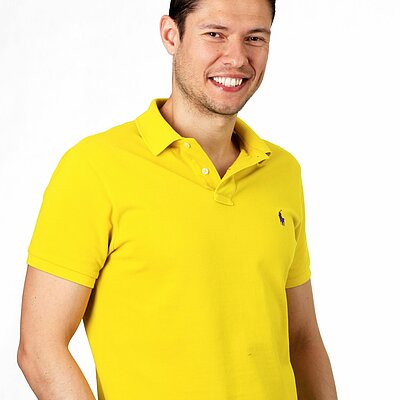 Ricardo Jorge Espanhol Andrade was born in 1982, in Barreiro, Portugal. He obtained his B.S. degree in Polymer Engineering from University of Minho, Portugal, in 2005, and his M.S. in Formulation and Technology of Product from University of Huelva in Spain, in 2008. Furthermore, he was awarded a Fellowship from Portuguese Science and Education Ministry to pursue his PhD at Case Western Reserve University in Macromolecular Science and Engineering in Cleveland, USA, and finished in 2014. During his Ph.D. he worked on Polymer Rheology and Processing. Upon completion his Ph.D. work, he moved to a post-doctoral research position Institute of Electronic Structure and Laser of the Foundation for Research and Technology-Hellas (IESL-FORTH), Crete, Greece, where he worked until October 2015 on Colloids Rheology, more specifically on Shear Thickening Systems. He is currently Assistant Professor at Graphene and Nanomaterials Research Center (MackGraphe). His current research cover topics such as understanding the complex relationship between thermo-mechanical history and the structure and morphology of polymer nanocomposites based on 2D materials (graphene, MoS2, hBN, phosphorene, etc.). It is also part of his research the study of colloids dispersions of 2D materials under shear and extensional flows. His research intends to understand the fundamental mechanisms involved in the morphology and structure development of a polymer-2D nanocomposite, with the aim to improve their properties for broad range applications.

Graduated in Chemistry from the Federal University of Paraná (2005), master's and PhD in chemistry department at the same University (DQ-UFPR) with sandwich period at The University of Texas at Austin - United States. Received an honorable mention in the Capes Thesis Award in 2015. Has Post-Doc in Materials Chemistry Group - UFPR in the area of carbon-derived nanomaterials with emphasis on transparent conductive electrodes and sensors. Since 2014 is an adjunct professor and a MackGraphe research member at Mackenzie Presbyterian University. It has experience in chemistry, with an emphasis on electrochemistry, inorganic chemistry and materials chemistry. His main areas of interest have been: (i) graphene synthesis in its oxidized and reduced form; (ii) thin films of graphene; (iii) conducting polymers; (iv) transition metal oxides; (v) nanocomposites graphene/conducting polymers and graphene/metal nanowires; (vi) two-dimensional nanomaterials; (vii) energy storage devices; and (viii) sensors.