Study of the upper and lower Earth's atmosphere (including ionosphere, plasmasphere and Earth's magnetosphere) and geospace (near and deep interplanetary medium and solar activity and its planetary influences), space geodesy (with georeferencing systems and their applications in satellites orbitography, time dissemination and precision navigation), impact of cosmic phenomena in the Solar System and our planet, applied radio science to the diagnosis of geospatial phenomena, their interpretation with reference to related physical and astrophysical processes. Development of materials operating in space radiation regime, spatial devices, materials and infrared radiation sensing systems and their applications; terahertz technology; Geographic Information Systems (GIS); radio science, radio astronomy, radio propagation and telecommunications; as well as relevant areas of astronomy, astrophysics and physics.

Investigation of the Sun and its activity phenomena, the structure of the solar atmosphere, spot formation and confined plasma in active regions. Characterization of spots and stellar rotation profile. Particle acceleration mechanisms to high energies, instability of ultra relativistic electron beams in laboratory accelerators and in solar flares. Interplanetary medium and its disruption by solar activity, coronal mass ejection. Study of Earth's upper atmosphere, ionosphere and plasmasphere. Effects from outer space and anomalies due to seismic phenomena in VLF propagation. Total electron content (TEC) in the ionosphere and its variation with solar activity in the detection of GPS signals and metric waves. Acceleration mechanisms of the solar wind and charged dust particles. Study of nuclear and hadronic interactions to understand the nature of the nuclear force and the properties of nuclear matter. Research on active galaxies and quasars and their activity using radio waves, including VLBI.

Diagnostics from solar telescopes observations at CASLEO (Argentina): in the sub millimeter (212 and 405 GHz), millimeter (45 and 90 GHz), infrared and visible, and cosmic rays detector. Radio polarimeter at 7 GHz. Research and development of sensor devices, materials and filters for applications in medium and far infrared. Implementation of THz solar radiation photometers operating in stratospheric balloons and satellites. Radiometric techniques to study the propagation of VLF signals, GPS and ionosonde and precipitable water vapor content in the troposphere. Influence of space weather on satellites and on the ground. VLBI applied to precision space Geodesy for measurements of irregularities in the rotation and plastic movements of the Earth and the length of days. Operation of the ROEN 14.2 meters antenna. Georeferencing system development and applications to the synchronism of time, navigation and remote positioning. 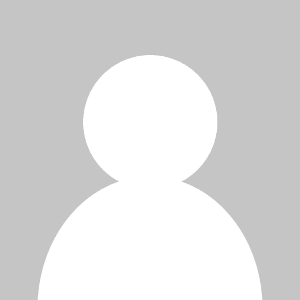